Gregory began dancing at the young age of five in Pittsburgh, Pennsylvania. He acquired all of his fundamental dance training from his hometown studios; The Doris Singer Dance Studio and Reach For The Stars Dance Studio, both located in Ambridge, Pennsylvania. Gregory was trained in all styles of dance, including but not limited to: Ballet, Tap, Jazz, Contemporary and Acrobatics. During his 15 years in Pittsburgh, Gregory went on to compete in Regional and National Competitions. Amongst the various Regional Awards he received during his competitive career, Gregory also attained and held several National Titles including; “Mr. Next Star” and “Mr. Show Stopper”.

Following his High School Graduation, Gregory went on to continue his dance training and education at The University Of The Arts, located in Philadelphia, Pennsylvania, where he obtained his BFA in Dance Performance. His college years were not only a time of expansion but a time of growth in his dance career. For the duration of his college years, he was a Modern Dance Major. Along with Modern, he also had core concentration classes in Ballet Technique. Some highlights during Gregory’s collegiate years include performing works from Twyla Tharp and also performing with the Martha Graham Dance Company at their 80th Anniversary – where he performed “Panorama”.

Subsequent to his graduation from The University Of The Arts, Gregory decided to make a permanent move to the Lehigh Valley (ABE) Area to pursue his passion for dance. At the age of 21, he began working for Fancy Pants Entertainment where he was performing locally at Dorney Park and Wild Water Kingdom in Allentown, Pennsylvania. A few years later, Gregory began teaching at the Sharon Plessl School Of Dance & Excel Dance Company – during this time, he was instructing Ballet, Tap, Contemporary, Jazz and Acrobat classes, both on the recreational and competitive levels.

Being in his early 20’s Gregory still wanted more, he had such a passion for dance that he needed to continue his professional career in other ways. After a brief audition and training period, Gregory began working Professionally for Stiletto Entertainment where he was able to travel the world dancing on the Holland American Cruise Lines. After three astonishing years of traveling and performing everywhere from The World Cup Cap Town in South Africa to The French Polynesian Islands, Gregory realized his priorities and dreams were beginning to change. It was then, that he chose to return to the Lehigh Valley to pursue his love for educating and teaching the art of dance. Gregory returned to the Sharon Plessl School Of Dance to teach all styles and levels of dance. His love for the competitive art form continued to grow throughout the next couple of years which helped him to recognize his journey in the world of dance was only just beginning. After nine years of dancing professionally, teaching, and performing, Gregory knew it was time to fulfill his life-long dream of owning and operating his own dance studio. Many inspirations have brought him to this point in his life. With the support of his family and friends, his inspiration from co-workers throughout the years, and his profound knowledge of the art of dance…Asylum Dance Project was created. Gregory continues to educate himself with styles and concepts of movement, while still practicing and building upon the basic fundamentals of dance.

– After all, ‘every artist has a story waiting to be told’. 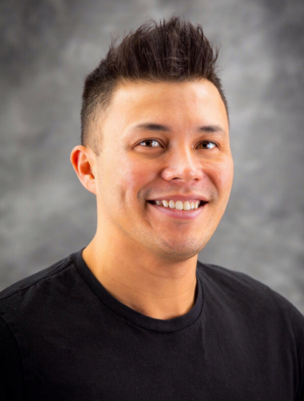