Allanah began her dance journey several years ago at a local dance studio in Allentown. She has trained in various styles over the years; from jazz to contemporary, and has recently found her main focus leading her to the “hip hop” realm of the arts. Throughout her younger years she was a member of the Excel Dance Company and Xecution Hip Hop Teams at Sharon Plessl School of Dance. Allanah has performed around the Greater Lehigh Valley area for the past 6 years. She has performed at Iron Pigs Games, Monsters of Hip Hop, and has fiercely taken the court at Stabler Area for The Harlem Globetrotters opening dance showcase, in years past. She has continued her hip hop education through various conventions, including Philadelphia’s JUMP workshop where she received a stand out scholarship for classes in their California Convention. Through her convention training, she has taken classes from choreographers such as: Willdabeast Adams, Misha Gabriel and Wade Robson.  Allanah is a recent 2019 graduate of NCC, completing her Associates Degree in Liberal Arts Psychology. This will be Allanah’s first year as an instructor at Asylum and she is driven to bring out her students urban edge with her current and evolving style. 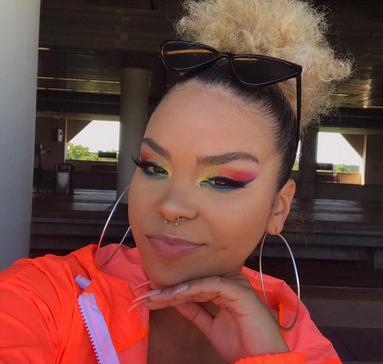